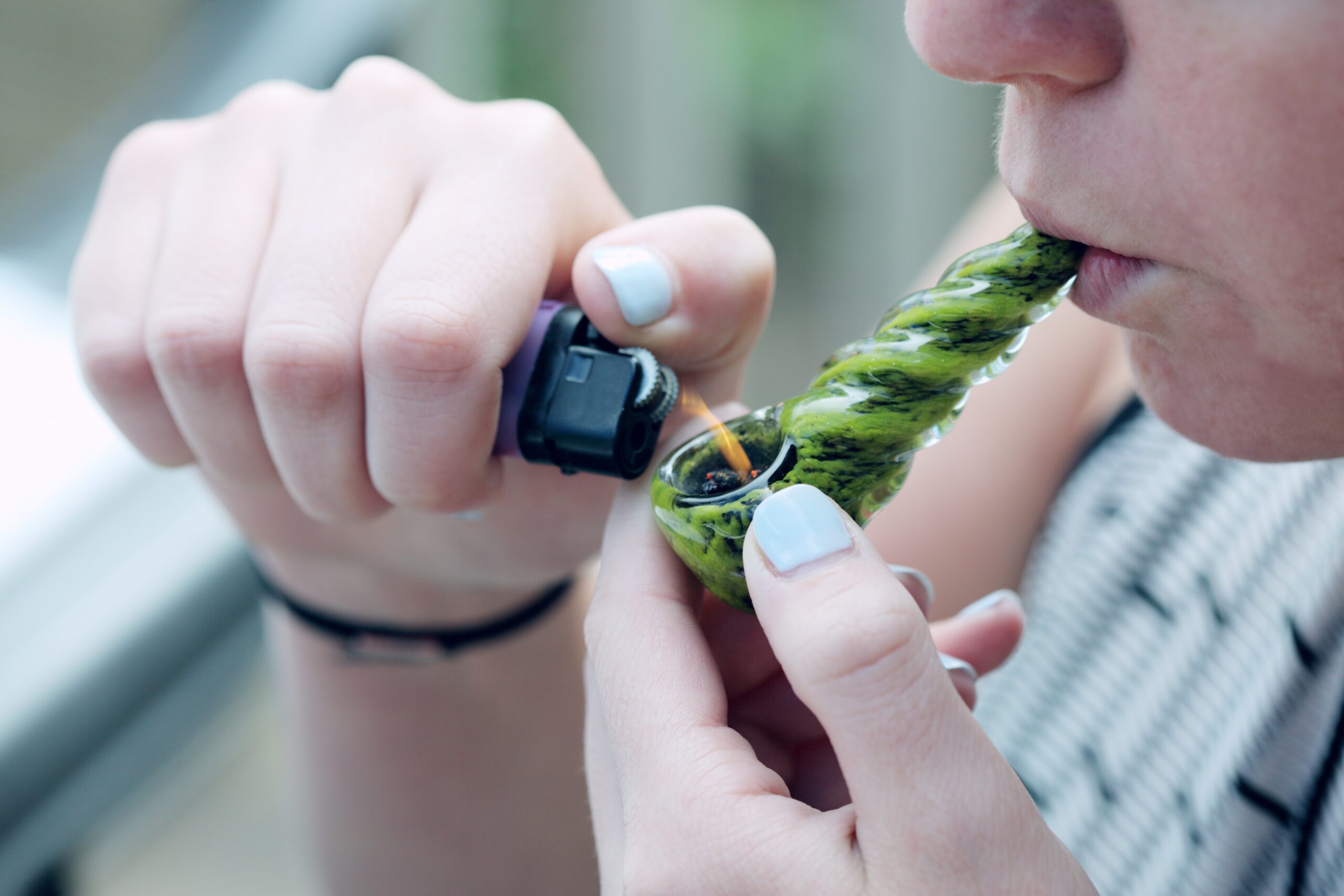 Synthetic cannabinoids are man-made mind-altering chemicals that are sprayed on dried, shredded plant material to be smoked or sold as liquids to be vaporized and inhaled in e-cigarettes and other devices. These products are also known as herbal incense or liquid incense.

Cannabinoids (CBD) are a class of chemicals found in cannabis that act on the same receptors as THC. Because they resemble compounds found in marijuana, these chemicals are called cannabinoids. Synthetic cannabinoids are sometimes incorrectly referred to as synthetic marijuana (or fake weed) because of their chemical similarities, and they are frequently marketed as safe, legal alternatives to marijuana.

However, they are not only ineffective, but they can also be harmful to the brain much more significantly than marijuana. Their true impacts may be unpredictable, and in certain circumstances, even deadly or life-threatening.

Manufacturers market these goods in bright foil wraps and plastic bottles to entice customers. These items are marketed under a variety of distinct brand names. Synthetic cannabinoid mixtures have been available for several years in drug paraphernalia stores, novelty shops, gasoline stations, and over the internet.

Because the chemicals they contain have no medical value and a high potential for abuse, some of these compounds are now prohibited to sell, purchase, or possess. Manufacturers, on the other hand, seek to circumnavigate these restrictions by altering the chemical formulations in their mixtures.

Synthetic cannabinoids' ease of access and the perception that they are natural, so therefore safe, may have contributed to their popularity among minors. Another factor is that many of the chemicals in these substances are difficult for standard drug testing to detect.

There have been no studies looking at how behavioral therapies and drugs may help with addiction to these items. Healthcare providers should routinely inquire about patients' mental health status, especially in the presence of certain symptoms.

Synthetic cannabinoids have received a lot of attention in the media recently, and studies of their effects on people's brains are rare. Researchers do know that certain synthetic cannabinoids bind more strongly to THC-sensitive cell receptors than marijuana and can produce far more powerful results. However, the long-term health effects of using these drugs may be unpredictable and hazardous.

Because the chemical make-up of many synthetic cannabinoid products is unpredictable and may vary from batch to batch, it's probable that they include chemicals that produce results considerably different than those anticipated by the user.

Synthetic cannabinoid users have reported a variety of effects including those caused by marijuana:

Additionally, Synthetic cannabinoids can induce severe side effects in humans, including:

When impure or dangerous synthetic opioids, such as fentanyl, are combined with the drug without the user's knowledge, fatalities may occur, resulting in unexpected death.

The Illinois Department of Public Health (IDPH) has received several reports of severe bleeding in people who have used tainted synthetic cannabinoids, according to the Centers for Disease Control and Prevention.

According to other states, there have been various incidents. If you bought anything referred to as K2, spice, or synthetic marijuana, do not use it. It's time to toss it out. If you've used any of these items and started having severe, unexplained bleeding or bruising, go to the hospital right away or call 911.

Some people may not be aware that they are using synthetic cannabinoids, while others know what they're doing. There is no way to tell if an individual has used this drug just by looking at them or talking with them. It's important for parents and adults, in general, to educate themselves about the drugs their children might use so they can keep track of where their kids are going and who they're associating with.

The best defense against teenagers experimenting with these substances is knowledge-based education initiatives targeted towards teens and young adults. These campaigns should include information on both the risks associated with prescription medication misuse as well as recreational drugs like synthetic cannabis products, which have become increasingly popular over the last few years due largely to their availability online via sites.