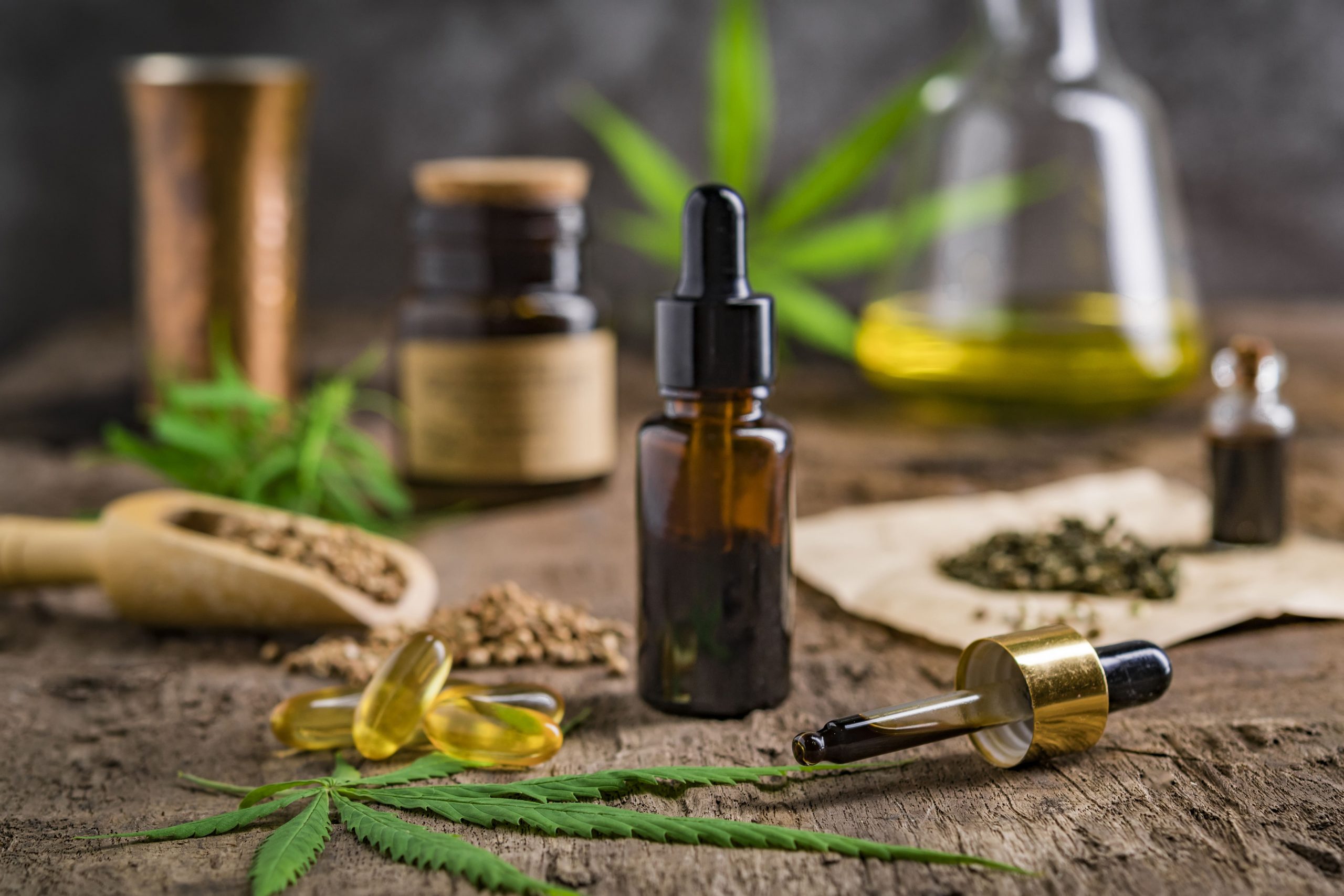 Cannabidiol, a common ingredient in marijuana, has been generating interest for its potential use in alleviating symptoms of insomnia, anxiety disorders, and chronic pain.

People are trying CBD even though there is no conclusive evidence about its effectiveness.

So far, research has shown that CBD is generally safe and has few minor side effects. But there's one big caveat: CBD may interact with certain types of drugs in the body. The issue stems from how the body metabolizes some substances. Additionally, there are still conditions when it is not recommended to use any of the CBD products.

For safety, it's essential to talk to your physician about any diagnosis/conditions you have or vitamins or supplements you're taking.

Adderall is a drug often prescribed to people with attention deficit hyperactivity disorder (ADHD) in order to reduce their symptoms. It is also used to help people with narcolepsy.

As already mentioned, CBD has been proven to be a safe therapeutic medication. However, combining CBD with prescriptions drugs like Adderall is not recommended.

CBD, when taken in conjunction with Adderall or any stimulant, can have side effects. It will put undue stress on your liver because the drugs are processed through your liver, altering their concentration within the body. The modified absorption of drugs causes them to no longer work the way they should have, resulting in more side effects.

It is unclear how dangerous this potential interaction might be, so keep in mind that if you are taking bupropion (sold under the brand name Wellbutrin) and want to incorporate CBD into your treatment routine, it's good to speak with your physician before starting.

Taking CBD (cannabidiol) and bupropion together could significantly change concentrations of bupropion, either increasing the risk of adverse side effects or making the drug less effective.

In the absence of specific studies evaluating the use of bupropion and CBD concurrently, it cannot be definitively said whether or not their interaction has any other negative consequences. The interactions are more theoretical because of our understanding of the metabolic and pharmacokinetic profile for each drug.

Interaction between Tylenol and CBD remains a huge question. A lot of people use Tylenol but still want to feel the benefits of CBD.

After doing research, we couldn't find a significant interaction between CBD and Tylenol or any side effects. However, this does not mean that interaction does not exist. Both CBD and Tylenol are medical supplements, and it is recommended to consult with a doctor before deciding to use them simultaneously.

Besides CBD interactions, there are also conditions or situations when it is not advised to use any form of CBD.

There is not enough research to answer the question of how CBD and alcohol interact. CBD may reduce some of the adverse effects of alcohol consumption, such as being irritated and having difficulty sleeping. However, limited research has been done on whether taking CBD with alcohol results in adverse health effects. Alcohol can affect people differently, and combining alcohol and CBD is more difficult to anticipate.

Because the current research doesn't focus on recreational drinking with CBD, we don't know how regular alcohol consumption affects its effects. As not as much is known about the effects of moderate or occasional consumption, it's not advisable to take CBD and alcohol together. If you are considering taking CBD and alcohol simultaneously, it is critical to minimize both of them. Note: if you have any concerns with this combination, consult your doctor.

This is a subject we should raise awareness about. Many women do not take their condition seriously and use CBD or other types of the supplement while being pregnant.

Pregnancy and breastfeeding are two risk factors to consider with CBD use. Pregnant women or lactating mothers should avoid taking any dosage of CBD.

It seems that compounds in cannabis alter neural signaling, which can temporarily impact short-term memory. The loss of interest or concentration is due to interrupted short-term memory from these substances interacting with receptors responsible for them. These effects may be temporary and do not affect long-term memory.

However, it is worth mentioning that early studies show that cannabis could positively impact neurodegenerative diseases like Alzheimer's and Huntington's Chorea. Clinical trials proved that cannabinoids (active compounds in marijuana) could slow or even prevent the advance of these diseases - essentially through the creation of neurons.

It is already a supported fact that marijuana users have less chance of developing obesity, diabetes, and metabolic syndrome. When researchers began looking at the dietary patterns of CBD users and nonusers, they found some interesting trends.

After examining 22,366 patients with a confirmed history of CBD usage, researchers found that the probabilities of developing fatty liver disease were much lower in those who used CBD. However, due to limitations of technology and research methods, there was no confirmation about this possibility.

Researchers have demonstrated that CBD may prevent Parkinson's disease in animals, but it has yet to be studied in humans. However, according to research, CBD may only be helpful as a preventive measure to prevent the onset of Parkinson's Disease.

Moreover, one thing to keep in mind is that the first sign of Parkinson's disease is when about 60% of the dopamine-receptive neurons in the brain have been destroyed. And, it is so difficult to predict who will develop Parkinson's, no matter what preventive measures are taken. Thus, people have to visit their doctor more frequently to prevent the further development of any diseases.